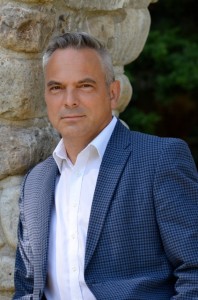 Stephen Bergen has composed, recorded, and produced music in the fields of pop, sacred, and children’s music, for radio, film, and television, as well as for community and national events. A teacher and music educator for many years, he has provided instrumental and vocal instruction, and conducted concert bands and award winning jazz ensembles. His choral compositions have been performed by choirs internationally, as well as locally at the Kiwanis and Kodaly music festivals. Stephen has been commissioned to write music for a number of groups, including the Millennium Choral Organization and Flag Wavers of Waterloo Region. His composition, “Canadian Flag Waver”, which celebrates both the 50th Anniversary of the Canadian Flag and the 150th Anniversary of Confederation in 2017, has received national media attention, and was featured on both the CTV network, and CBC’s “The National”. The song has been performed by a variety of choirs across the country. Stephen continues to teach, write and perform in Kitchener-Waterloo, Ontario. 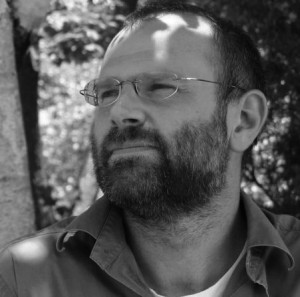 Ben is a graduate of Wilfrid Laurier University (1996) in orchestral performance, studying with Paul Pulford of the Penderecki Quartet and also of the University of Western Ontario (2004), studying with Tom Wiebe of the Duke Trio. He has also studied with Wolfgang Laufer of the Fine Arts Quartet and Bryan Epperson of the Canadian Opera Company orchestra.

Ben is principal cello with the Stratford Shakespearean Festival of Canada, plays with the Festival Quartet of Stratford and is director of Instrumental Chamber Ensembles at University of Waterloo.

Ben has recorded incidental music for numerous stage productions, primarily for the Stratford Festival, but also for Shaw, the Grand Theatre (London, Ontario) and Walnut St. Theatre (Philadelphia). He is featured on The Glass Menagerie/Orpheus Descending: Theatre Music of Marc Desormeaux and Every Three Children — For the Children of Africa by Carol Ann Weaver and most recently Notes Towards featuring the music of Timothy Corlis, Leonard Enns and Heather Dawn Taves. 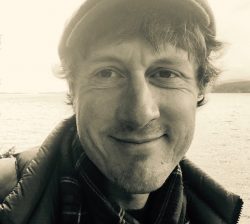 Timothy Corlis began studying composition at the age of eleven under the tutelage of his choir director, Dr. Giles Bryant. These earliest writing assignments were given as punishment for being a tardy chorister, but soon became such a regular occurrence that they fostered Corlis’ keen interest in the craft. He later went on to study composition and choral directing under Dr. Leonard Enns and to develop an early career in the lively choral community of Waterloo (Ontario) and its surroundings. These roots instilled in him a continuing sense of music as an important aspect of community life. He also views music as a strong power for social change.

His compositions have been performed across Canada to critical acclaim – Notes Towards a Poem That Can Never Be Written, his large-scale choral composition to words by Margaret Atwood, was nominated for a 2009 Juno award for best classical composition of the year. His works have often been exported or performed abroad, including a 2015 premier by Noel Edison and the Elora Festival Singers at Carnegie Hall. In the media, he has been described as “a composer of great depth and passion, not to mention a pristine polished craft.” (WholeNote Magazine, Toronto). Corlis holds a M.A. in Social and Political Thought (York University), an M.Mus. in Composition (University of Toronto) where he worked with Chirstos Hatzis and Ka Nin Chan, and a D.M.A. in Composition from the University of British Columbia where he studied with Stephen Chatman. He has held faculty positions CMU (Winnipeg) and Conrad Grebel University College, University of Waterloo. 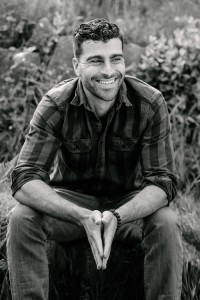 Georin Costello is a composer and contemporary music producer from Victoria, BC. He composes and produces music across a variety of genres, exploring the capacity of music to communicate directly with the listener on the emotional level.

An avid chorister, he has sung with the Vox Humana Chamber Choir, the Laudate Singers, Pacifica Singers and the Vancouver Peace Choir. He is an alumnus of the UBC School of Music, having studied composition with Stephen Chatman and choral conducting under Bruce Pullan. He graduated from the UBC School of Music (2009) and studied music production and audio engineering at the Vancouver Arts Institute.

His compositions have been performed by numerous ensembles including The Vancouver Peace Choir and the Vox Humana Chamber Choir. Georin also has production credits on recordings that have received rotation on national radio and television. 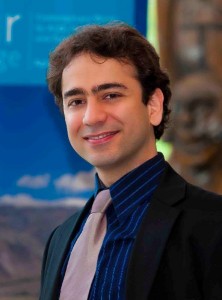 He has received numerous awards including First Prize at the SOCAN Foundation’s Awards for Young Audio Visual Composers for two consecutive years (2011-2012), The International Composers’ Award at the Esoterics Competition (2012), and The Vancouver Mayor’s Arts Awards for Emerging Artist in Music (2011).  He also received second prize at the 2008 Vancouver Bach Choir’s national Competition for Large Choir Works for his work “Erroneous Kudos,” and first prize for his work “Black Riders” at the 2009 Guelph Chamber Choir’s national competition. His music and interviews are broadcast regularly on radios across North America, such as CBC radio one, CBC radio two (Canada), and WQXR (New  York). He has received numerous commissions including a commission to compose his first piano concerto for The Prince George Symphony Orchestra (PGSO). In Feb. 2010, Mr. Habibi appeared as the piano soloist to premiere this concerto with the PGSO. He completed his Masters degree at the University of British Columbia under the instruction of Dorothy Chang. Other teachers include Jeffrey Ryan, and Stephen Chatman. Mr. Habibi is an associate composer of the Canadian Music Centre, and is represented by SOCAN in Canada.

As a pianist, Iman has had the privilege of working with many great musicians, ensembles, and orchestras, He appeared as the piano soloist with the Prince George Symphony Orchestra to premiere his piano concerto in Canada, and later played it with the Atlantic Music Festival’s Orchestra in the United States. Iman was a finalist at the Inaugural Knigge National Piano Competition, and is also well-known for his collaborations with pianist Deborah Grimmett. The two pianists formed a duo in 2010, which at its debut, won third prize, and the audience choice award at The International Northwest Piano Ensemble Competition. 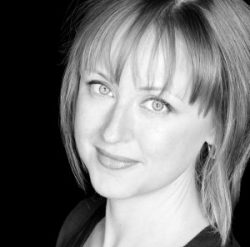 Laura Hawley is a Canadian musician known for her distinctive compositional voice, compelling approach to leadership and artistic programming, and multi-faceted community engagement.

As an internationally recognized composer, her works have been commissioned, performed, and recorded by many of Canada’s finest ensembles including Elektra Women’s Choir, Pro Coro Canada, Inuksuk Drum Dancers, Canadian Chamber Choir, Spiritus Chamber Choir, Cantiamo Choirs of Ottawa, Halifax Camerata, and Shallaway Youth Choir. Her unique understanding of developing musicians and sensitivity to a commissioner’s vision has established her as a widely sought composer for educational ensembles as well, and Laura has written a variety of instrumental and choral works for children, youth, and developing adult musicians; works that lend themselves well to educational growth.

Laura is artistic director of Da Camera Singers (Edmonton), founding artistic director of Hypatia’s Voice Women’s Choir of Ottawa (2015-2019), and conductor of ChandraTala (Edmonton) and collaborative pianist/member of the Canadian Chamber Choir. An active clinician throughout Canada, Laura has worked with a wide variety of community-based choral and orchestral ensembles.

Laura Hawley has taught in the music departments at both of Ottawa’s universities and she is looking forward to teaching composition at Concordia University of Edmonton in the 2019-2020 academic year. She teaches piano, theory, harmony and history in her studio. She is currently based in Edmonton. 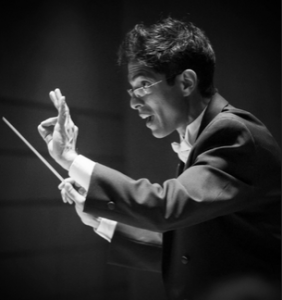 Hussein is a singer, composer and musical educationlist passionate about choral music. A South Asian Ismaili Muslim, born in Kenya, raised in Central Alberta and nurtured in Bristish Columbia, music was the inspiration for him to transform negativity through racism and discrimination into something more positive. Singing with others was the bridge between choral music in school and congregational recitation in the prayer hall allowing Hussein to reconcile his Canadian and Muslim identities. Knowing first hand the power of group singing, Hussein is dedicated to making it possible for young people of all backgrounds to access and enjoy the benefits of creating and singing choral music of the highest level while contributing their strengths and diversities to a plural Canada.

Hussein’s compositions explore the sonic intersections of the Muslim world with everyday life and encounters with others. Notable highlights include: 2014 Commission by the Aga Khan Museum Nur: Reflections on Light for the Ismaili Centre Toronto opening, performed by the Elmer Iseler Singers and Guest Ismaili Singers; 2010 Project supported by the Canada Council for the Arts Nurun ala Nur: Light upon Light premiered by the Elmer Iseler Singers (Lydia Adams, Conductor); 2004 Commission by West Coast Sacred Arts Soceity of Gatherings  for a tribute concert to His Holiness Dalai Lama.co-composed with Lil’Wat writer Russell Wallace, and premiered by Youth Peace Choir (Hussein Janmohamed, Conductor). 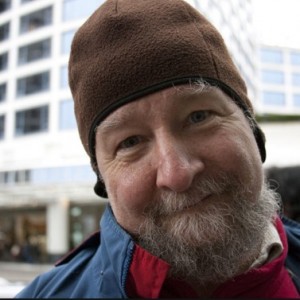 Earle is a composer, conductor, musician and organizer. He has written extensively for film, theatre and choir. Earle currently conducts four choirs, including a labour choir, a mental health choir, a regular community choir and a drop-in choir in the Vancouver’s Downtown South. Also in the Downtown East Side, he founded a stage band at the Carnegie Centre at Main and Hastings and in 2006 wrote the music for the first Downtown East Side opera. Earle also leads a meta-folk band; plays in a duo with his wife, singer Barbara Jackson; is part of a Sudanese pop band; and is also a member of a labour history trio. Earle tells us that in his spare time he makes up trashy dance music on the computer, grows vegetables (when they cooperate), and rides around on his bike. 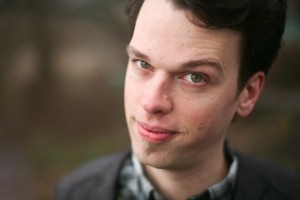 Chris Sivak (b. June 14th, 1982) is a talented multi-instrumentalist and composer residing in Vancouver, BC. His music covers a wide variety of ground ranging from soberly serious to seriously absurd. He also maintains a blog where he dissects music in his own quirky way.

Chris has been commissioned to write music for the Vancouver Chamber Choir,Red Shift Music Society, The Vancouver Peace Choir, The Amicus Duo, The Nu:BC Collective, and OperaFeHk. He’s also had the opportunity to collaborate musically with The Vancouver Symphony, musica intima, Elektra Women’s Choir, and the Phoenix Chamber Choir. 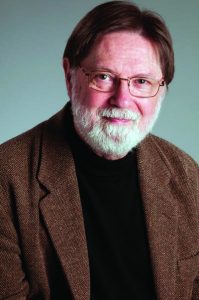 Jon Washburn is the Founder and Conductor Emeritus of the Vancouver Chamber Choir, Canada’s outstanding professional vocal ensemble which he led as Artistic and Executive Director for 48 years. He has earned international acclaim for mastery of choral technique and interpretation, travelling widely as guest conductor, lecturer, clinician and master teacher. During those 48 years with the Vancouver Chamber Choir, he led 400 subscription concerts, 150 radio and TV appearances, 800 concerts and events on 92 separate tours, 59 CD recordings, 350 commissioned/premiered new works, 300 large Baroque works, 40 Conductors’ Symposiums, 60 Composers’ Workshops, thousands of individual pieces in over 40 languages and countless workshops and residencies for choral conductors, composers, students and singers.

Jon Washburn is an active composer, arranger, lyricist and editor, published by G. Schirmer, Walton, Cypress, Oxford UP, Earthsongs, Silent Dawn Publishing and others. His music is widely published, performed and recorded around the world. He is a noted champion of new choral repertoire, having commissioned and premiered hundreds of new compositions by Canadian, American and European composers. He has conducted thousands of performances of works by Canadian composers, for which he received the Friends of Canadian Music Award from the Canadian League of Composers and Canadian Music Centre. In 2001 he was given the Order of Canada (the nation’s highest civilian honour) and subsequently received Queen Elizabeth’s Silver, Golden and Diamond Jubilee Medals, recognizing his lifetime contribution to Canadian arts and culture. He was awarded a star on Vancouver’s Entertainment Walk of Fame and has received both the Louis Botto and Michael Korn awards from Chorus America, marking his long devotion to the development of professional choirs and the choral art.